Evidence for the Human Givens Approach

Last year the Human Givens Foundation (HGF) commissioned Bill Andrews to analyse and write up the patient outcome data gathered by HG therapists and submitted by them to the HGI’s Practice Research Network (HGIPRN).

The resulting substantial paper based on five years’ worth of data from thousands of real-life cases by over 70 therapists working in a wide range of settings has now been published by the prestigious peer-reviewed journal, Mental Health Review.

This larger study reinforces the findings from a pilot study (published by the British Psychological Society) as to the effectiveness of the HG approach in the relief of emotional distress and marks another important step in gaining wider acceptance for the human givens approach.

The abstract and article can be accessed via the following link: Mental Health Review

The HGF is now planning a randomised control trial (RCT) of HG therapy. And as his next step, Bill Andrews plans to produce a paper on the treatment of trauma by HG therapists.

In 2011 The British Psychological Society’s leading peer-reviewed journal, Psychology and Psychotherapy: Theory, Research and Practice published a 12-month evaluation of the Human Givens approach in primary care at a general medical practice.

The result showed that more than three out of four patients were either symptom-free or reliably changed as a result of HG therapy*. This was accomplished in an average of only 3.6 sessions, significantly better than the recovery rate published for the UK government’s flagship IAPT (Improving Access to Psychological Therapies) programme, which uses therapists trained in cognitive behavioural therapy (CBT).

In 2012 PTSD Resolution, a charity which uses human givens therapy to help war veterans suffering from Post Traumatic Stress Disorder) and other mental health problems, has an 83 per cent success rate (findings presented to the British Psychological Society http://www.bps.org.uk/news/trauma-awareness-programme-helps-war-veterans-return-work)

In 2012 Academics recommend that the HG model be adopted by the NHS as a bona fide model of therapy in its own right.

In September 2012 the Mental Health Review, published two peer-reviewed academic papers showing the effectiveness of the human givens approach; one involving the treatment of mild to moderate depression and the other to the therapeutic value of the HG Emotional Needs Audit (ENA) tool.

The Mental Health Review is an influential, high quality source of information and intelligence for researchers, managers, commissioners, purchasers and practitioners working in the field of mental health, so the content will be noticed. We hope it will also be acted upon, especially since it reveals that huge savings could be made if the human givens approach was more widely adopted.

You can read the original papers on the Mental Health Review wesbite by clicking the following links:

Assessing the effectiveness of the “human givens” approach in treating depression

The emotional needs audit (ENA): a report on its reliability and validity

The Human Givens Institute (HGI) is both a membership organisation open to those wishing to support and promote the human givens approach through all forms of psychological, educational and social interactions, and the professional body representing the interests of those in the caring and teaching professions who work in alignment with the best scientific knowledge available about the givens of human nature. 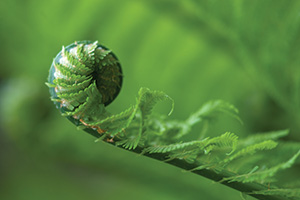 ”It’s so easy to feel relaxed in the company of Bunty and the therapy. I felt that I could be completely honest and didn’t worry that I would be judged. I now feel much happier that what I ‘need’ to be content is not wrong, excessive or unachievable.”